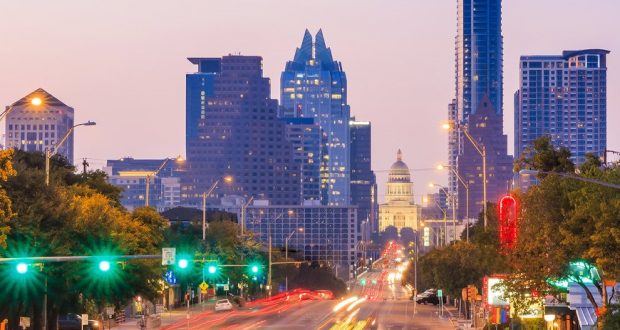 The best times for visiting this larger than life spectacular city are spring and early fall where you can miss the big heat waves! The temps during this time are between the comfortable 70-80 degree temperatures. You can also check out the festival season and one of Austin’s biggest festivals “South by Southwest” which takes place in the springtime in Austin.

Weather: The hottest month of the year is in August with a high on average of 95.6 degrees F (3.5degrees Celsius). January is definitely the coolest and most mild temperature month ranging from an average high of 60.3 degrees F (15.7 degrees Celsius).

Transportation: There is a simple metro and bus system in Austin that connects the north to south side along Congress ave. This system is extremely affordable ranging from $1.25 a pass and week long passes are only $11.25. There is also a super convenient and interesting pay as you go bike borrowing program from this city of bicycling. This service is called B-Cycle. Catch all of the beautiful sites of Austin on bike or on foot or one of the various modes of transportation in this lush city! Taxi services and car services are also readily and widely available!

FYI: With the unpredictability of the weather in this region is important to pack accordingly for various and diverse temperatures and climates. There can be sudden drops in temperature in the nighttime hours even if the day is very hot. This is also known as a partying locale so there are various measures taken to keep the city safe due to this factor. “Get Home Safe” is a campaign to help these party animals have accessible ways to get home responsibly.

Interesting facts: Austin is home to the largest Urban Bat Colony in all of North America. About 1.5 Million of these Mexican free tailed bats migrate into Austin every night! They come out from under the Congress Bridge every night for a unique and interesting spectacle for tourists and visitors to observe nightly.

Austin is home to the only Nude Beach in all of the State of Texas. Texas has no laws against women going topless in public. No other city in the state has a nude Beach. The nude Beach is called “Hippy Hollow” and it is a clothing optional beach located on Lake Travis. Austin is considered the most liberal state in all of Texas.

The Longhorn’s of University of Texas Austin are the city’s prime sports team! Go get em’ Longhorn’s!

There are ordinances against taking down the 17 standing moonlight towers in Austin!

Out of the entire year Austin receives 300 days of sunshine!! Wow what a sunny city!

The Texas State Capitol Building in Austin is the second largest in the entire nation coming second only to the nation’s capitol at Washington D.C.

Austin is known for celebrating beloved Eeyore’s Birthday! Austin has been long celebrating this fictional character from Winnie the Pooh dating back to 1963! Eeyore’s birthday is a spectacle in Austin with attendees dressing in vibrant costumes and is entertained by Live Music at this amazing festival!

Did you know that Austin actually has a museum that is fully dedicated to showcasing “junk”? This museum is a favorite for locals and visitors alike. The junk is comprised of items like bicycle parts and clocks. The museum is always refreshing their art and adding new pieces so you are sure to find something new on each visit!