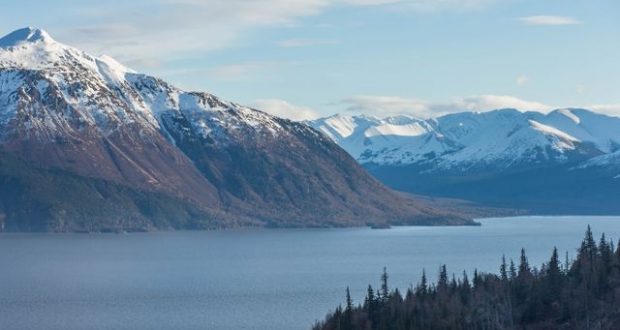 Appropriately, Alaska is known as the Last Frontier, a land of unfathomable natural beauty – a state so wild and vast, that even today parts of it remain unmapped.

Almost everything nudges the extreme end of the scale in Alaska. Aside from being the largest state in the USA, it lays claim to 3,000 rivers, 100,000 glaciers, 3 million lakes, as well as 17 of the United States’ 20 highest peaks.

In these untamed landscapes you’ll find a diverse range of wildlife, from the giant moose and Kodiak bears, to the iconic bald eagle and its shrill call, echoing across and mirroring the grandeur of this state.

Alaska offers much to the adrenaline junkies within us all. Climbers from around the world are tempted to tackle the snowy peak of Mt McKinley, the highest point on the continent, rising 6,194m (20,320ft) in the Denali National Park.

If climbing is not your thing, perhaps you’ll be interesting in kayaking beneath the jumbo glaciers with the humpback whales, or snowboarding and skiing down the Chugach Mountains, after taking a helicopter to the top of course.

Sailors will be drawn to the legendary Inside Passage, the increasingly popular scenic coastal route – cruise passengers are able to moor right up at aboriginal villages, as well as docking at former Russian city Sitka. Hunker down in rustic fishing lodges, and hook yourself some king salmon or Pacific halibut for your supper!

Whatever travellers have in mind, most will begin their adventure in Anchorage, Alaska’s largest city, and home to 40% of the state’s population. However, it won’t be long before they are drawn away from the bright lights and into the vast wilderness, bringing out the trailblazer in even the most sedentary traveller.